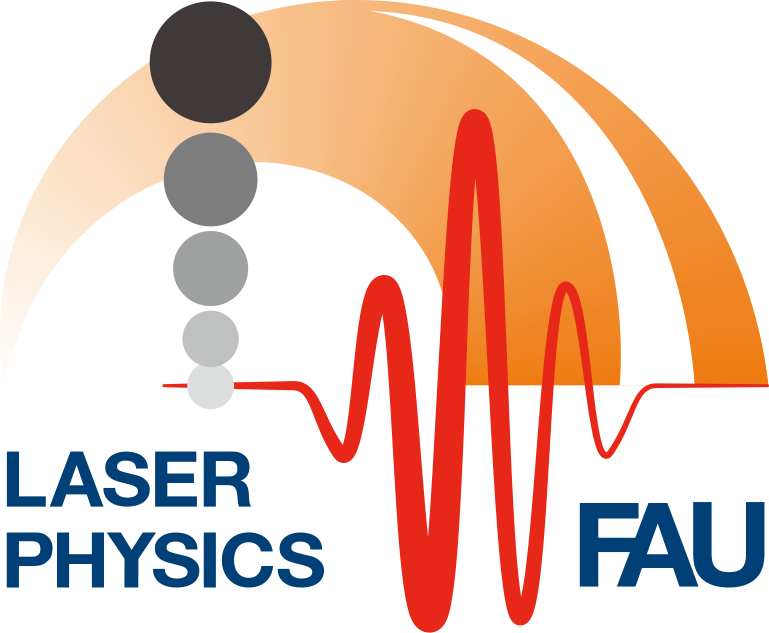 In this experiment we show that we can accelerate and deflect electrons directly with the electric field of a laser pulse.

We investigate the fundamental properties of the ultrafast interaction of light with matter on the nanometer scale. To that end we focus extremely short laser pulses onto sharp metal tips. The emitted electrons are simultaneously a messenger of the light-matter interaction and an electron beam with unique properties. To find out more click on the link above.

It has been possible for a long time to catch electrons in so called Penning traps. You can picture these traps as bottles for electrons, mainly consisting of a strong magnetic field. With Paul traps, which are formed by electric AC fields far more complicated trap geometries are realizable, for example beam splitters. For the first time we have set up a planar Paul trap for electrons to conduct experiments with novel interferometers. One can also think of experiments on the interaction of charged particles with one another or other quantum objects.

In this project we investigate if and how you can build an electron microscope using quantum mechanics that allows imaging living biological samples.

In this project, graphene on silicon carbide is investigated with the help of Raman spectroscopy.

“How fast can one turn on a current?” is a fundamentally important question behind boosting up the speed of modern electronics, since the data and signals are transferred via the flow of electrons. In this project, we investigate light-field driven processes in graphene to merge two major branches of modern technologies, electronics and optics, onto one and the same platform.